Home / Blog / Textile Chemicals and Their Effects on Human Health

Textile Chemicals and Their Effects on Human Health

The goal of textile ecology is to ensure that no harmful effects on the environment or on humans occur throughout the entire textile production process, from raw material extraction through the final assembly of the garment. Textiles go through a number of transformations before they reach their final form. My plan is to take overall consideration about everything that goes into making a garment or piece of fabric, from the techniques employed to the raw materials and chemicals.

What kind of chemicals are used to make Textile fabrics?

Wool, flax, silk, cotton, bamboo, and hemp are all examples of natural textiles; acrylic, nylon, rayon, spandex, and polyester are all examples of synthetic textiles. The application of chemical finishes to textiles can substantially increase their use, aesthetic appeal, and practicality; many of these treatments are so commonplace that we hardly give them a second thought.

In addition, different chemicals bond to fibers at varying strengths, therefore chemical finishes can either be long-lasting or short-lived.

Heavy metals: Antimony, cadmium, lead, mercury, and chromium VI are just some of the heavy metals employed in the dyeing process. When taken in, these metals tend to build up in the liver and the kidneys, where they can cause a host of diseases. Metals like cadmium, lead, and chromium IV have all been labeled as carcinogenic, with cadmium having been banned in Europe for quite some time. Limits on mercury and lead use in textiles have been put in place, but the chemicals are still a cause for concern. Although metals themselves are not toxic, they can become so if their supply chain is not properly managed or if they are fused with compounds that have not been tested.

AZO dyes: The majority of textile industry now relies on azo dyes. The allergenic chemical p-Phenylenediamine (PPD) is found in the greatest quantities in black and brown dyes. Mercury is used as a pigment in several dyes, and this has been linked to skin irritation and organ damage.

Azo dyes, which can be found in as much as 80 percent of all colorants, are the source of the bright colors used in many fabrics and apparel. Azo dyes are known to rub off on clothing and emit carcinogenic aromatic amines during their breakdown. Disperse blue 106 and disperse blue 124 are the most frequently implicated dyes in the development of contact dermatitis. The European Union outlawed azo dyes in 2003 because they might potentially release one of the 22 most toxic aromatic amines; in the United States, these colors are exclusively banned in the state of California. Independent certification standards have arisen as a great way for conscientious producers to guarantee that their wares are up to par in terms of consumer safety, especially in light of the fact that regulations surrounding these dyes vary widely across the globe.

Formaldehyde: This chemical is used to manufacture wrinkle-resistant clothing, however it can irritate the lungs and the skin. Victoria's Secret, a global leader in the lingerie industry, has had to defend itself in court several times when items tested positive for formaldehyde.

Since formaldehyde is a VOC, it can be discharged into the air and cause environmental damage. Although it has other uses besides anti-wrinkle properties, it is most commonly applied to textiles to make them water-resistant and colorfast. Increased exposure to formaldehyde can aggravate preexisting respiratory conditions like asthma or trigger new cases of allergic contact dermatitis. There are hence restrictions on how much formaldehyde can be included in finished goods.

Formaldehyde levels in clothes peaked in the 1960s at around 3,000 parts per million (ppm), but by the 1980s, they had dropped to below 500 ppm, and nowadays, most clothing has low formaldehyde levels. However, as the textile industry continues to face price and quality pressures, it is possible for lower-quality material to enter the supply chain; as a result, a number of certification standards have been developed to assist businesses in ensuring that the textiles they are using are of adequate quality and safe for use.

Organotin compounds: Tin is a major component of organotin chemicals. Their primary usage is in deodorizing textiles, but they also have potential as antibacterial agents. These tin compounds, like heavy metals, can build up in the body and have negative effects on the immunological and reproductive systems. The European Union prohibits the use of 0.1% or more of the organotin chemicals butyltin (TBT) and dioctyltin (DOT).

Chlorobenzene: In chemistry, chlorobenzene (C6H5Cl) is referred to as an aromatic organic compound. As well as its usage as a solvent, this flammable, colorless liquid is also an important intermediary in the production of many other compounds.

In the dying process, chlorobenzenes serve as transporters or leveling agents. More so than with natural fibers, they are used in synthetic fabrics like polyester and polyester blends. They are harmful if ingested or touched, and they build up in the body, wreaking havoc on the organs responsible for regulating metabolism and communication between the brain and the rest of the body. In the European Union, chlorobenzenes can only be used at concentrations of less than 1 milligram per kilogram.

How to make sure the clothes I’m wearing is safe, free from risk and doesn’t contain harmful chemicals?

However, there are many more compounds that are used for other purposes, such as plasticity, water resistance, flame retardancy, and so on. The chemicals listed above are just some of the most prevalent chemicals used in textiles.

There are many advantages to being able to purchase textiles from anywhere in the world, but it also poses several concerns. Once a chemical has been absorbed into a fabric, it might be nearly impossible to determine what chemicals and how much was utilized (unless destructive testing is performed)

So based on concern I suggest the clothing manufacturer to purchase the good chemical instead of looking for cheap chemicals for the fabrics. Also make sure with the textile chemical suppliers which they are providing is safe and not harmful for the human body.

For your concern Now I’d like to recommend a company name which produces each and every product carefully which is not harmful for the human body and solves your concern about textile chemicals.

Dongguan Taiyang Textile Chemicals company., Ltd. Is a professional manufacturer of textile chemical, ensure safe use of chemical product in clothing. As they strive to be distinctive and take pride in offering top-quality items that meet world-class standards. Please feel free to contact to learn more. 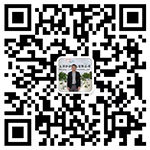